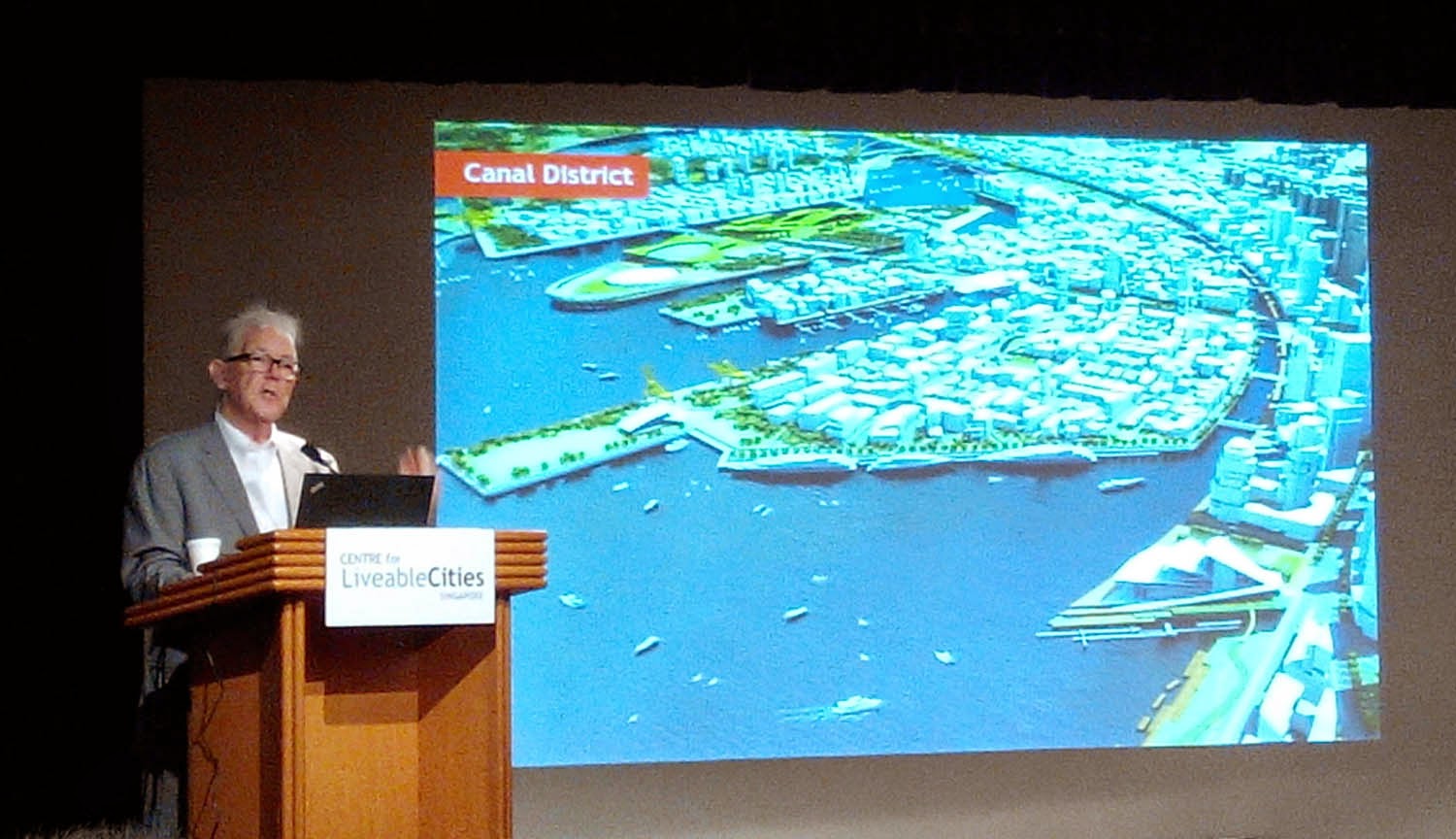 Even though Singapore is already a great city by many standards, its planners and managers do not shy away from asking people to critique it, and to explore what could be improved.

At a Centre for Liveable Cities event today, Joe Berridge, a partner at Urban Strategies, Inc. provided a lot of good insights, but three things stand out the most for me: 1) the importance of a vibrant street life, 2) the need to phase development, 3) the virtue of having a mix of big, medium, and small. 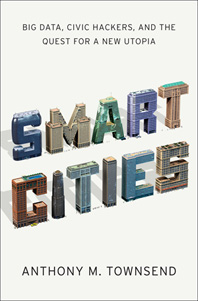 When I picked up Smart Cities by Anthony Townsend, I was expecting to learn more about "best practices" on using ICT for urban management. Something to add on to my list of inspirational stories that I could share with city leaders in Southeast Asia. After all, the author works at Silicon Valley's Institute for the Future and directs urban research at NYU.

I was pleasantly surprised to discover that Smart City offers something much more fundamental than a collection of urban ICT best practices. In fact, it is a call to view ICT for what it is: a tool which should be used consciously and critically to improve the lives of citizens. At the base of that call, is a reminder on the importance of good civic governance.

Read more »
Posted by Unknown at 9:42 AM No comments: Links to this post 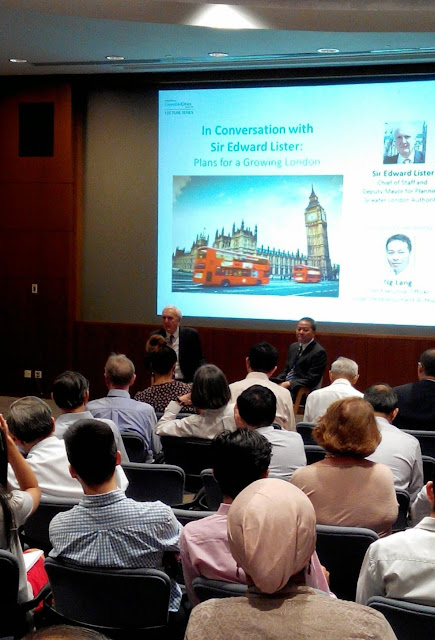 The shape of a city depends on how it is planned. And how a city is planned depends on the transport assumptions of the planner. In many cities of the developing world, planners tend to assume that people will travel on private vehicles, be it cars or motorbikes. This paradigm inherently leads to sprawling, unwalkable, and inefficient cities.

Compare this to the assumptions of Sir Edward Lister, Deputy Mayor of London. At a public talk on 30 October, 2014, in Singapore, he said something like this:

"I don't drive a car to work, I take the public transport, just like most other Londoners. I don't even think about it (driving a car into the city). The public transport is the fastest and most convenient way to get around. I have a car parked in my home, which I keep just for the fun of it. It's a type of car that I'm trying to ban, because it has a big engine. But it doesn't really matter. I can't  really use it to go anywhere."

Good for you, London. They say that a developed city is one where the rich take public transport. As for cities in the developing world, how can we hope to have a good public transportation system if our public leaders don't even think about using it to work?
Posted by Unknown at 4:40 PM No comments: Links to this post 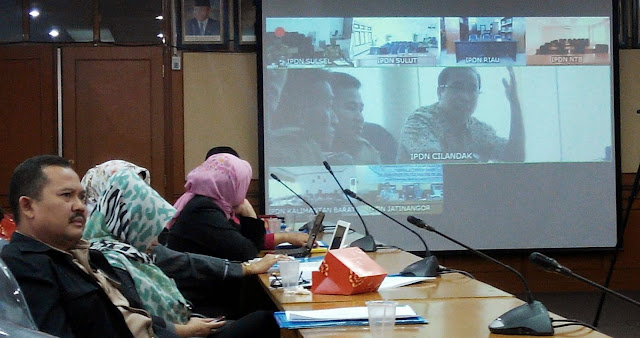 A few notes from the 3rd International Conference on Decentralization (ICODEC) at IPDN yesterday:

1. From Kevin I learned about the importance of distinguishing a leader's role as "head of state" & "head of government". A head of government is accountable for results and should not be allowed to "hide" behind symbols of state when s/he is criticized.

2. From Philips I learned about the high cost of a political system without trust. For example, for the province of West Java, each candidate/contender feels the need to place a witness at each voting station. Considering there are 70,000 voting stations throughout the province and Rp 100,000. for each witness' lunch on election day & training day, then we are looking at Rp 7 billion just for witnesses. Because there is no trust, politics becomes a very expensive affair.

3. I argued that the performance of local leaders can be enhanced by 3 things: a) a system of asymmetrical decentralization based on performance, b) some distance between local politicians (councillors) and their political parties, and c) political education for the people to become more informed voters.

Overall, I was impressed by the organizers' and participants' passion for learning & sharing. Debates were lively and involved  multiple IPDN campuses throughout Indonesia connected through smooth teleconferencing.
Posted by Unknown at 10:39 AM No comments: Links to this post

Where are the flats?

The Indonesian Real Estate Association answered as such: (local) governments are not providing land, and this makes it practically impossible for the private sector to supply flats in cities for the low income. Ciputra, the real estate mogul, said that any land priced over Rp 3 million (~USD 300) per square meter is not feasible to be procured by the private sector to be sold as low income flats. Furthermore, "even if the local government wants to provide land, there are many regulations that discourage it," someone from DPR said.

Privatizing what's not yours

I generally don't care much about Malaysia's recent claims over cultural products (i.e. batik, angklung, the song 'Rasa Sayange') native to peoples who now live in Indonesian territories. That is, as long as such products are left in the public domain.

However, this time some Malaysian academics have gone too far. As Kompas reported, they are now roaming over Indonesian villages, 'hunting' for classic Malay manuscripts, and place them on a site which people have to pay to use.

Really, I don't care if they claim it as part of their culture. But putting proprietary rights to something that they did not invent? Please...
Posted by Unknown at 9:27 PM 4 comments: Links to this post

AMARC has recently finished its global assessment of the social impacts of community radios. The conclusion is clear: The main social Impact of Community Radio is Voice for the poor and marginalized. In further detail, community radios are effective in supporting poverty reduction, ensuring proper governance, ensuring inclusion of the marginalized, and are effective in conflict resolution and disaster prevention and relief.

The single principal barrier to CR social impact is absence of a friendly legislation; the existence of media oppression and military threats are a generalized barrier to the development of community radio.

Case studies from Indonesia are included in this report, as contributed by Ade Tanesia from Combine under the heading Women as Producers of Information. Nice work!
Posted by Unknown at 7:12 PM No comments: Links to this post

The 3rd Global Knowledge Conference (GK3) – one of the most important knowledge sharing and creative development conferences in the world – will be held in Kuala Lumpur, Malaysia, from 11 -13 December 2007. Themed "Emerging People, Emerging Markets, Emerging Technologies," GK3 promises to be a dynamic event focused on the future. GK3 will explore concrete solutions and possibilities within the inter-play, interface and interweaving of issues related to the Knowledge for Development (K4D) and Information and Communication Technologies for Development (ICT4D) in the context of our globally evolving societies, economies and technologies worldwide.

For AMARC, network activities in Kuala Lumpur will focus on how women can use knowledge sharing in their community radio programming activities to empower other women so they can play a stronger role in good governance and democracy. This is one of AMARC’s most important theme areas for development in 2007.

Posted by Unknown at 6:58 PM No comments: Links to this post

A new buzzword is floating around in the development world. Pro-poor planning and budgeting. What is it?

On the one hand it's an ADB-Bappenas technical assistance project that will "contribute to improvement of access of the poor to quality social services and infrastructure." But more than that, pro-poor planning & budgeting seems like an operational answer to questions like "how can we make sure that the government is taking MDGs seriously?" Especially given that planning documents are usually very general/thematic with no specifically measurable targets and not linked to budgeting process, etc. etc.

So what makes a plan and budget "pro-poor"? The project team said there are four indicators:
Hopefully this will not be merely hype.
Posted by Unknown at 7:47 PM 1 comment: Links to this post

I still can't get enough of supporting people to move to cities. It's good that Kompas has got another FOKUS on this topic, under the heading "Fencing Jakarta from the Poor." Of course, this is quite a late post, and the features are still related to post Idul-Fitri movement of people into (back) into big cities.

Let me just take this opportunity to highlight other articles I've recently found. The first is something from the Guardian, UK, that says "migrants are a boon to UK economy."

Migrants are more skilled and often more reliable and hardworking than British workers, and are fuelling the country's economic growth to the tune of £6bn a year...

To put things into perspective is this excerpt on urbanization and migration, taken from the Address given at Commonwealth Youth Forum Opening ceremony by Dr. Anna Tibaijuka, Under-Secretary-General of the United Nations.

But then we know that migration has historically improved the well-being of individuals and humanity as a whole. Just think how many countries and cities around the world were founded by migrants. Or today, how many economies are driven by the energy and initiative of new-comers. Let us not forget that what we call the “New World”, namely the Americas and Australasia was populated by immigrants from Europe.

Let us not forget that without migrants, Jakarta would not be Jakarta as it is.
Posted by Unknown at 7:24 PM No comments: Links to this post

[verb] "to talk or converse intimately "
[noun] "community organized for the protection and promotion of local interests, subordinate to the state"
(dictionary.com)